Here are some more videos and photos I took of the geeks. 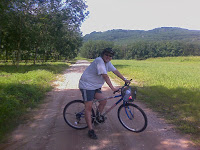 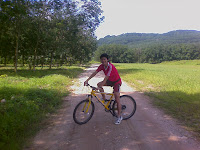 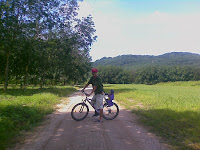 Me and Mr Sub. 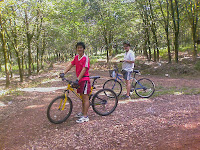 First stop, while George gets our position via his GPS. 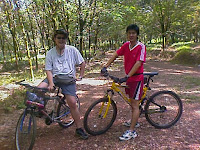 First pix I took with GPS coordinated embedded in the photo.

If you are a "spatial" thinking person that MUST really know where things are located in this world... worry no more... go to - http://www.panoramio.com/user/595543 and view some of these photos and where they are located on Google Maps... Where 2.0 :-) 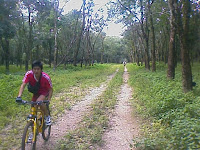 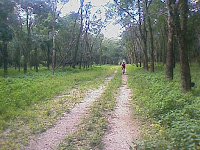 I rode ahead so that I could take these pixs of Daniel and George as they ride up... as you can see George is taking his own sweet time... :-) It was difficult to shoot video and ride at the same time. 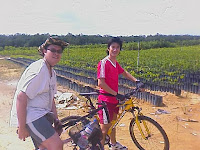 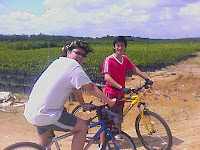 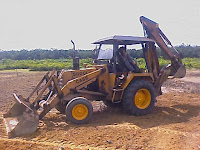 A Mr Nice guy who was all too keen to give us directions after George's GPS failed the reliability test... LOL. But the directions he gave seems exaggerated and gave the impression that we are really far from civilisation, when we are actually just two steps away... LOL.

Here is what Mr Nice Guy had to say... :-) Btw, George and Daniel ah... do you remember why we were all laughing at the end of the video? 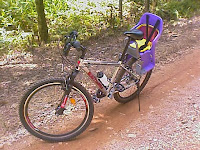 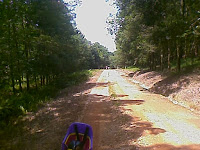 Again, me way ahead of the guys just so I could take photos and video of them as they appear in the horizon.

Here is the video that is suppose to show Daniel and George coming up on the horizon after a hard climb on a steep slope... :-)

NOTE: A lot of our videos have been deleted when Google Video died!!! So some of the text may not make sense.
Posted by Jack Hii at 23:40