Overall, the Elmina - Saujana Trail is a fantastic cross-country trail with just the right mixture of uphills and downhills, and stretches of easy-riding lowlands. Generally, it is very ridable and the sceneries are fantastic... oil palm all around... :-)

There are still many routes that were not taken and it should be interesting to explore all of them. Thanks to Irwan and Shaq for showing us around... :-)

This trail just beg to be ridden. 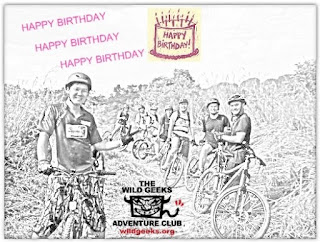 Birthday greets from Micol, The Medic.

Yes, The Wildgeeks Adventure Club is one year old.

The number of geeks have grown since. The total number of geeks registered in the group currently stands at 39. Although some are not riding any more (one that I know was due to bike "breakdown" LOL...), I am sure their hearts are still into this. Poor Hulk still has his knee problem, which has put him out for more than 6 months now. Get well soon man!

The Best Ride with the Most geeks?

Best ever outing is the second hash to Batu Dam.

Which is the Most Scary and Frightening Ride?

This has just got to be the ride to Sofia Jane - A Cicak, An Incident and A Few Good Men. I for one was terrified for the not so hard Ironman... LOL.

George received eleven stitches for not wearing a helmet while swimming in the waterfall... LOL.

The Ride with the Most "Pokkai" or Falls? 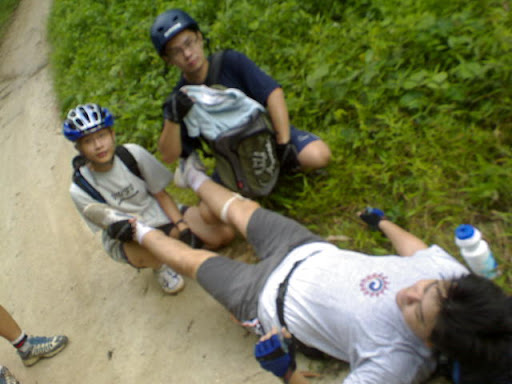 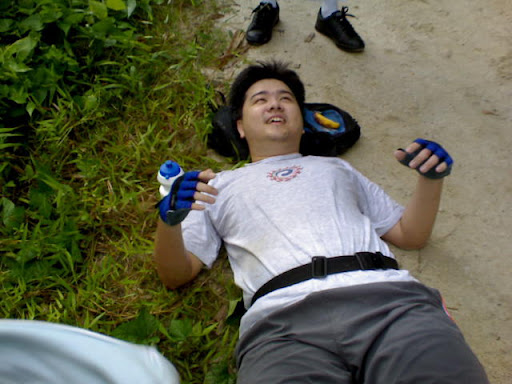 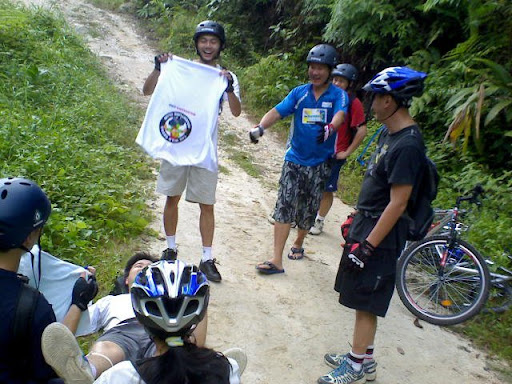 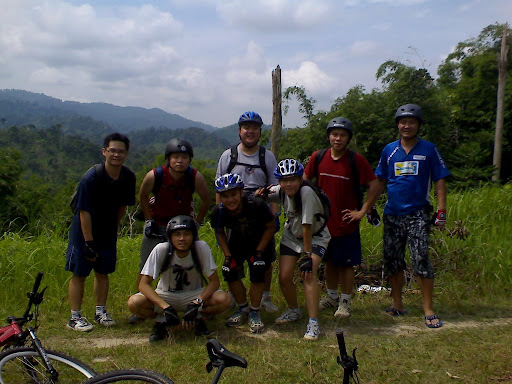 Edwin the Tau Foo Fa, started off the whole falling business with others to follow later. It was also the day I forgot my shoes and had to ride with my slippers... LOL.

Maybe we can organise a Jamboree or something like that... LOL. Anyways, here is wishing every wild geeks who like adventuring, a Happy Birthday with more great fun coming their way!

The adventures continues!
Posted by Jack Hii at 10:17 2 comments:

On June 21st 2008, Syarul and I decided that we were going to go down to Singapore to watch the BikeTrial National Championship - Round 2, to be held on 22nd June (Sunday). The event was to take place in the Pasir Ris Town Park on the eastern part of the island.

We left my house in Bandar Bukit Mahkota at about 8:00pm and arrived in Johor Baru at around 11:30pm on Saturday night. We spent the next 2 and a half hours getting through the causeway... *sigh* and finally managed to reach Walton's shop, Attitute Bikes, at around 2:15am on Sunday morning.